What do these films have in common? They were successful at the box office, featured a disabled character played by a non-disabled actor, and amassed Oscar nominations.

Growing up visually impaired, I found no one like me in any of the television shows and movies I watched. Some characters had disabilities, but they were often portrayed with a patronizing tone, exploited for a convenient “learning moment” for an able-bodied protagonist, or had superhuman abilities to offset their supposed deficiencies that made other characters feel awkward. These unrealistic and contrived depictions of the disabled made me feel anything but “normal.”

This year, I decided to come up with a way to hold filmmakers accountable by providing insights into how media creates and perpetuates negative representations of individuals with disabilities and formulating guidelines for those who work in the media to eliminate disablist imagery.

I created the Disability Depiction Criteria (DDC). This three-pronged pass/fail system analyzes the accuracy of representations, frequency of stereotypical portrayals, and the frequency with which disabled roles are portrayed by actors with actual disabilities. 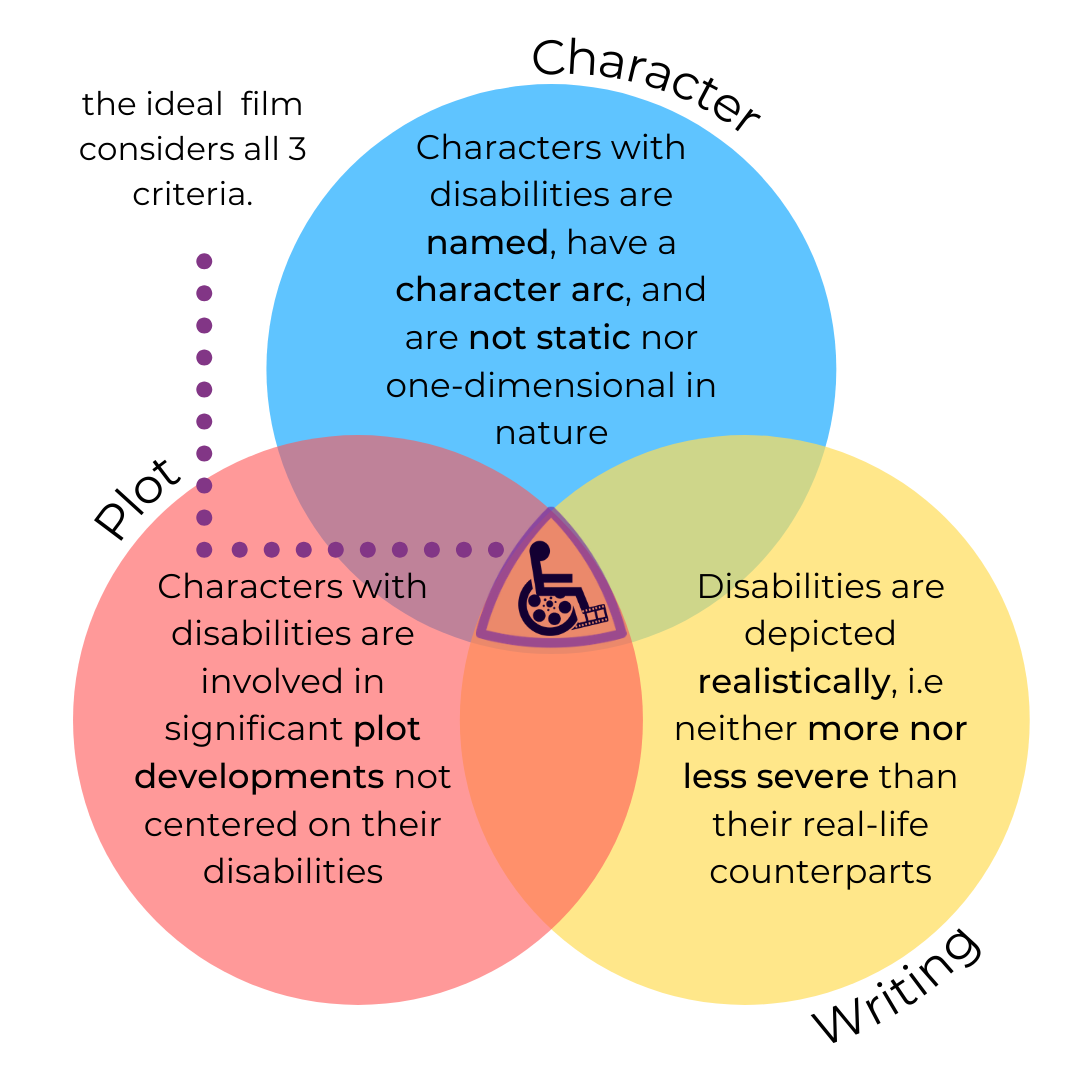 What did I find? Nearly every Academy Award-winning movie involving disability reflected a critical lack of actors who were themselves a person with a disability. The mainstream film industry failed to support actors with disabilities while producing stereotypical depictions of disability.

If developing empathy is the best first step toward raising social consciousness, increasing the frequency of legitimately disabled representations is the critical second step to raising awareness of the disabled experience. I encourage you to watch your favourite films with the DCC in mind — you may be surprised at what you discover.